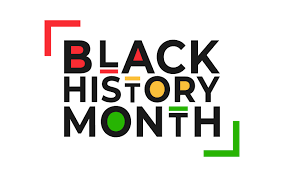 As October comes to an end, we have reached the end of Black History Month, serving as a great time to celebrate some of the best dedications and tributes made in an effort to celebrate black history over the past four weeks. Schools across the country have been putting their own spin on this month’s theme and as an education recruitment agency, we’d love to hear how you celebrated in your school, whether you’re an experienced teacher, ECT or teaching assistant.

It goes without saying, that although we have come to the end of Black History Month, this is an issue that extends beyond a dedicated day, week or month and we should continue to devote time to learning about British history from all angles. Without further ado, lets take a look at the October round up…

The chief digital officer of Microsoft, Jacky Wright, made waves by topping the list of some of the most powerful figures from African and Caribbean heritage in Britain, coming in first ahead of Marcus Rashford and actress Michaela Coel. The esteemed business woman has called for ‘monumental shifts’ in becoming an equal society in Britain, and received the accolade due to the ‘sheer scale of work she is doing’.

A further influential figure that made an appearance was The Social Chain’s founder and the newest Dragon on Dragon’s Den, Stephen Bartlett. Stephen often recalls on his podcast and in his autobiography the journey from his humble beginnings in Manchester, to the development of The Social Chain (who, may I just add have a projected revenue of £1 billion by 2023) and his meteoric rise to become Dragon’s Den’s youngest ever panelist.

The man of the moment Marcus Rashford received an honorary doctorate from his hometown university, The University of Manchester, in recognition of his tremendous battle against child poverty in the UK. Indeed I’m sure as you all know, at the beginning the first lockdown in March 2019, the government announced cuts to free school meals for children and Marcus Rashford initiated and was incredibly instrumental in the campaign that forced Boris Johnson to U-Turn on the cuts. The star footballer became the youngest individual appearing on the Sunday Times giving list, and whilst there is still a long way to go in the fight against child poverty, it’s fair to say Rashford has made a life changing difference to many young children’s lives. As an education recruitment agency, ensuring that children are fulfilled both in and outside school life is a top priority for us, you can read more about Rashford’s campaign here.

On the football theme, the Ex-Manchester City player Stan Horne became the first black football player to win the English Football league in 1965, and, 53 years later this month he was finally awarded his medal. After injury meant that Stan was unable to play in the majority of the championship, Horne was ‘overjoyed’ to have been awarded the medal after rules were overturned. Indeed, Horne reflected on the changing times, recounting how in the 1960s black football players were treated as a ‘novelty’, demonstrating the huge headway we have made in becoming an equal society and we’re not done yet.

This month the media has been awash with an array of captivating campaigns designed in recognition of some of Britain’s most influential characters. Some of the most notable campaigns that might have flown under your radar are those from Transport for London (TFL) and Google. Indeed, London’s famous tube map was re-imagined in tribute to some of the most critical Black Britons in British history. Each line is dedicated to a specific theme, for example the Bakerloo line pays tribute to the biggest sporting names, such as cricketer Everton Weekes, best known for his part in the trio ‘The Three Ws’ in the West Indies cricket team. Other notable characters include Edmund Jenkins, instrumental in leading the 1919 concert in celebration of Coleridge Taylor and poet Cecile Nobrega.

Its fair to say that this October, Black History has been at the forefront of people’s minds thanks to its increased presence in mainstream media. Without sounding like a scratched record, there is more to be done and this issue extends past the month of October.

We would love to know how you celebrated Black History Month in your school, get in touch today to share your ideas! If you are an experienced teacher, NQT/ECT or teaching assistant we’d love to hear from you. 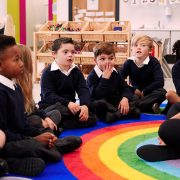 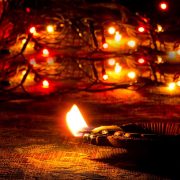 Celebrating Diwali in the Classroom 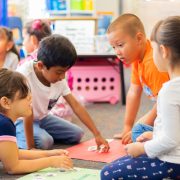 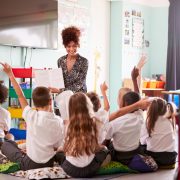 What To Expect From An SEN Teaching Role

Improving Pupil Participation in the Classroom 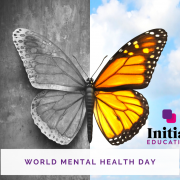 World Mental Health Day – How You Can Help 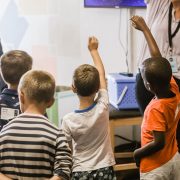 Hiring an NQT : What To Look Out For
World Mental Health Day – How You Can Help

Celebrating Diwali in the Classroom
Scroll to top